An unBEElievable harvest at the Merle-Smith apiary produces 130 lbs. of Moravian Gold honey in 82 jars!

The Moravian Academy apiary located on the Merle-Smith campus is home to four colonies of honey bee, apis mellifera, and maintained, protected, and monitored by Brian Elstein, beekeeper and art teacher on the Downtown Campus.

On July 10, 2022,  Mr. Elstein and Mrs. Susan Parent spent the day inspecting the beehives, removing frames full of honey, and extracting the honey in the science lab.

This entire day was also an experience offered at the Moravian Academy Benefit and winning bidders, the Anthony Family, became beekeepers for the day. Katherine Anthony '29 and Leonard Anthony '29, and their father Len Anthony donned protective bee suits and got up close and personal with the bees.  While inspecting each hive they identified the queen, worker bees, and drones, learned the different life stages of a bee, and gained a better understanding of the global impact these tiny pollinators have our world. 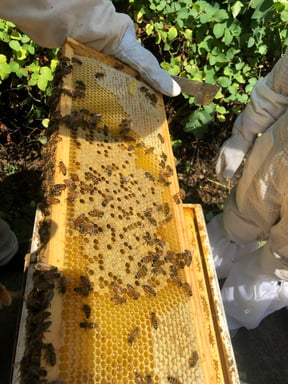 After removing the hive frames that were full of honey, this beekeeping team, with the help of Matt Launcher and his son Wyatt, and Dylan Deal and his daughter Winnie Deal '33, harvested the honey back in the science lab.

Harvesting honey involves cutting away the protective layer of wax and spinning the honey out.  Using a honey extractor,  beekeepers are able to remove the honey without damaging the frame or comb. Once the honey is removed,  it is strained and stored in jars. 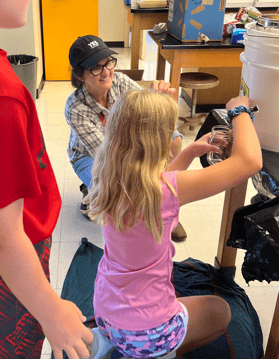 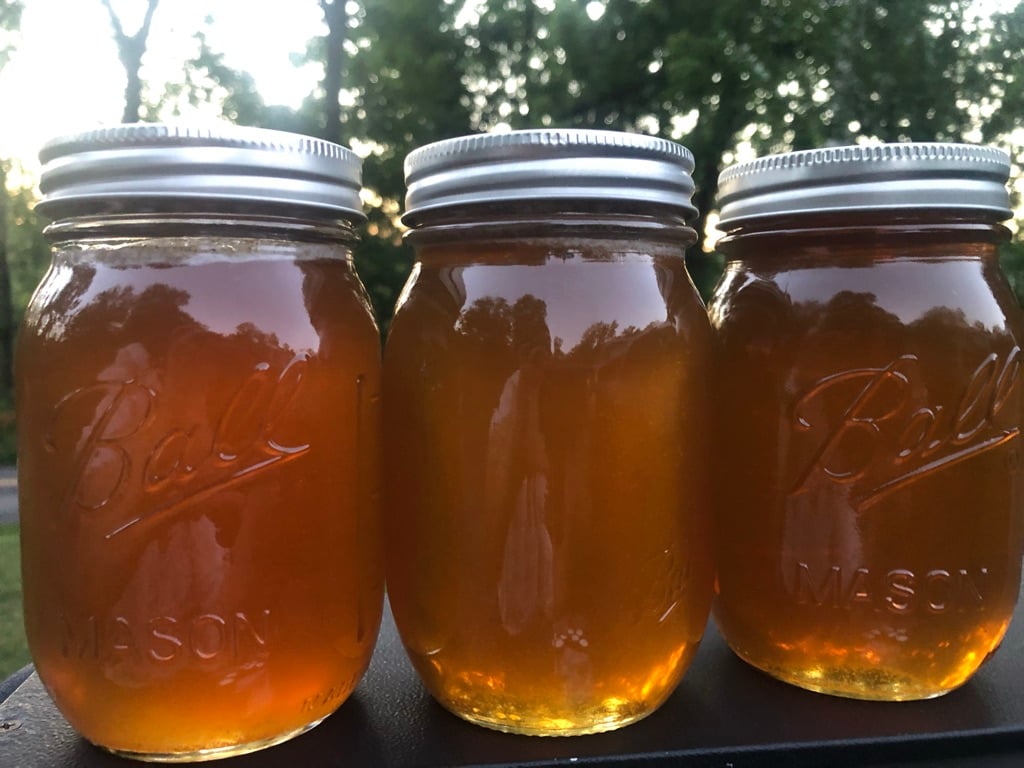 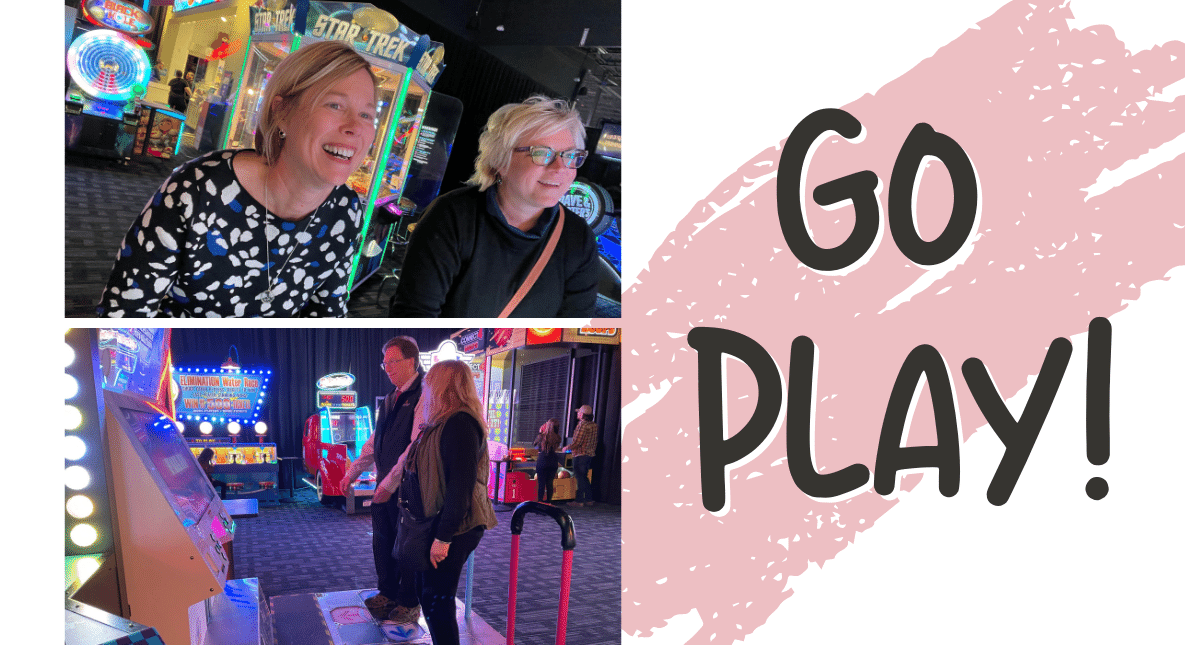