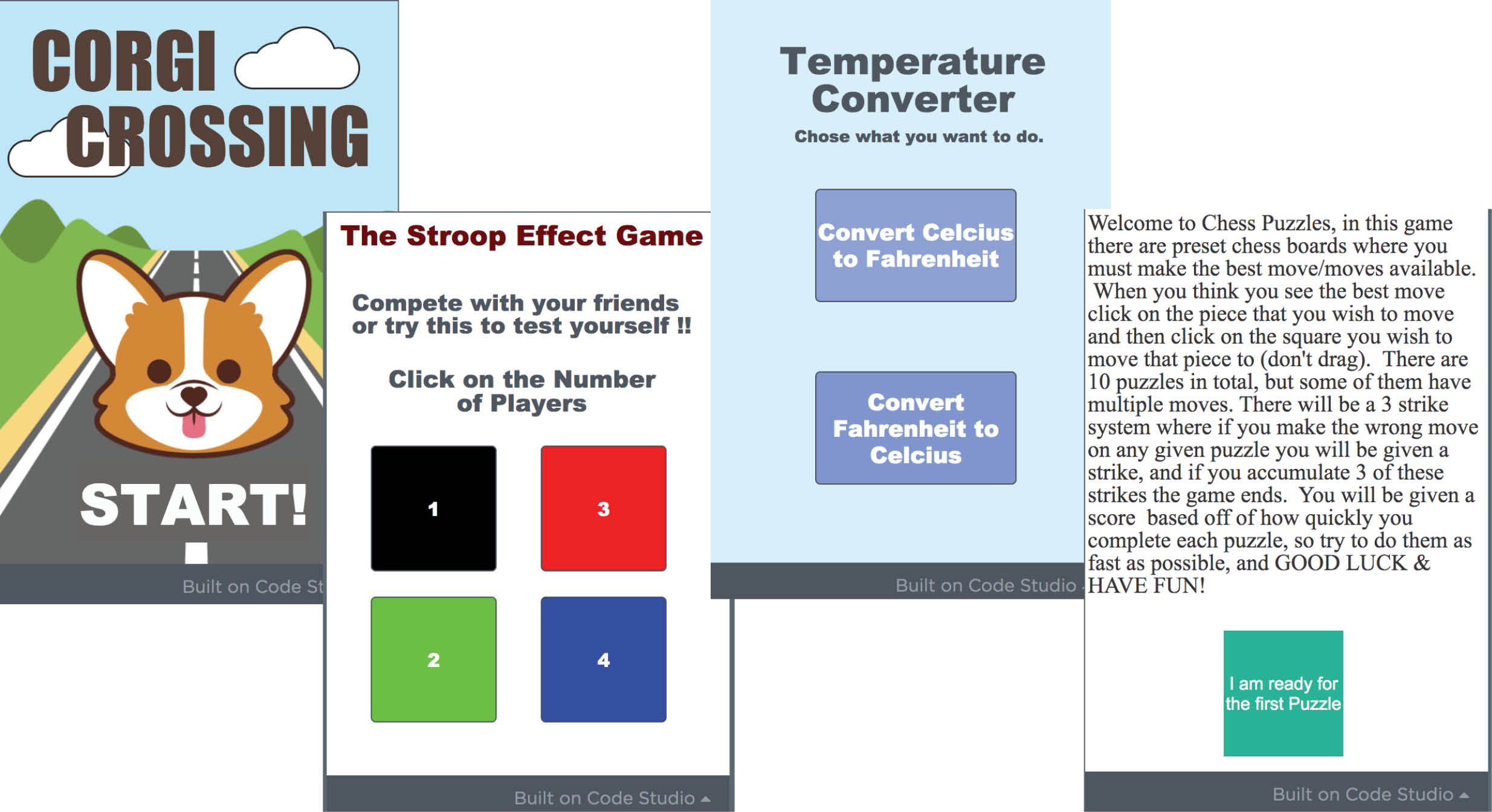 "Create Performance Task" projects from Ms. Cesco-Cancian's AP Computer Science Principles class are below and sure to amaze! There is a link where viewers can try out the app for themselves, see the code, and send it to their phone. Enjoy!

"In my Create Performance Task video, I unveil “Corgi Crossing”, the arcade-style game that I created using the Code.org App Lab. The object of the game is to safely guide the corgi through traffic from bottom to top. The player is given 3 chances to complete this task, with each level becoming progressively more difficult, as the vehicles on each road begin to speed up. Sometimes, a biscuit can be found lying in the street and may be picked up by the player for a boost in speed. The end screen presents the player with their total score and highest level achieved, along with the options to play again or quit."

"The purpose of my program is to create a game based on Stroop Effect which is demonstration of cognitive interference where a delay in reaction time of a task occurs due to a mismatch in stimuli. Those who win against their competitors in this game has the best reaction time. The video gives a demonstration of the two player version. After submitting the names, users must choose a variation they want to play. In the video I chose “Pick the Word”. To win in these variations, Players must choose the square that corresponds to what the word spells and players answer 10 questions After players complete their questions it would display the time taken. At the end a summary of time taken and details of winning is displayed. In this demo, Jack won because he responded faster than Sarah."

"The programming language used in this demonstration is Java Minecraft Commands, which is slightly similar to Java but changed dramatically in order to solely function within the game of Minecraft itself. This means that many traditional looping and conditional functions are not within a single file, but spread out across multiple text files. Multi-line if/else, while/for, and function definition statements do not exist in distinct terms, but repeating conditional functions can mimic them in many senses. The purpose of the program is to generate a completely random maze of any custom size, making sure that all areas are accessible. The video shows the maze generation process, of which speed is also variable." 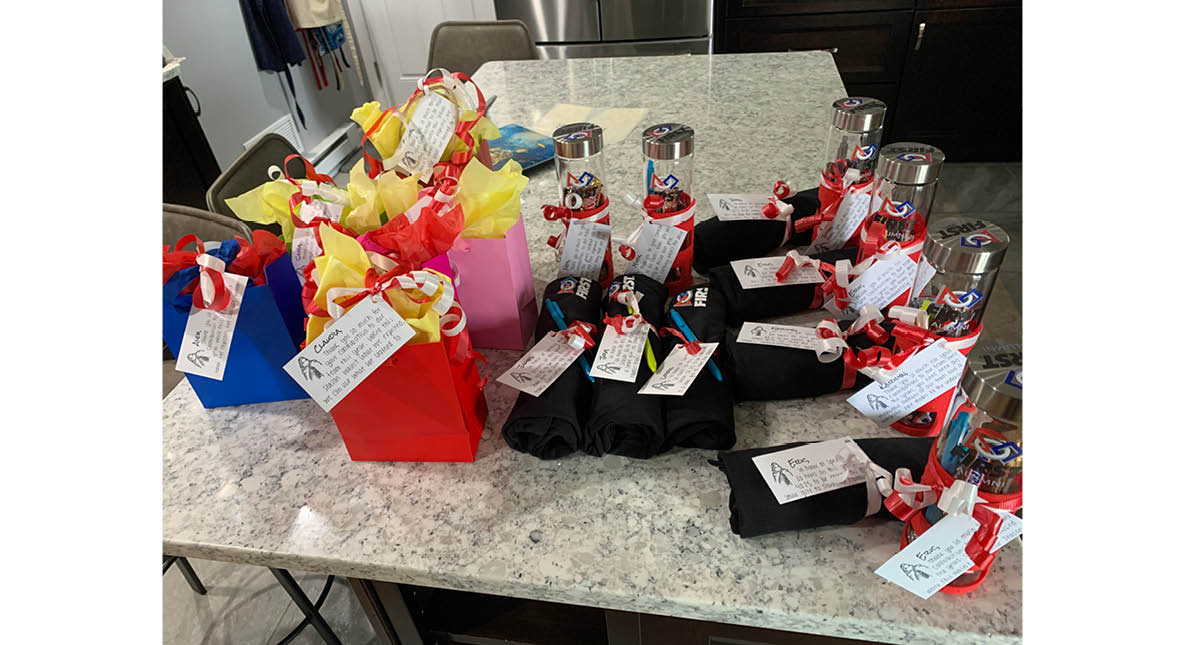