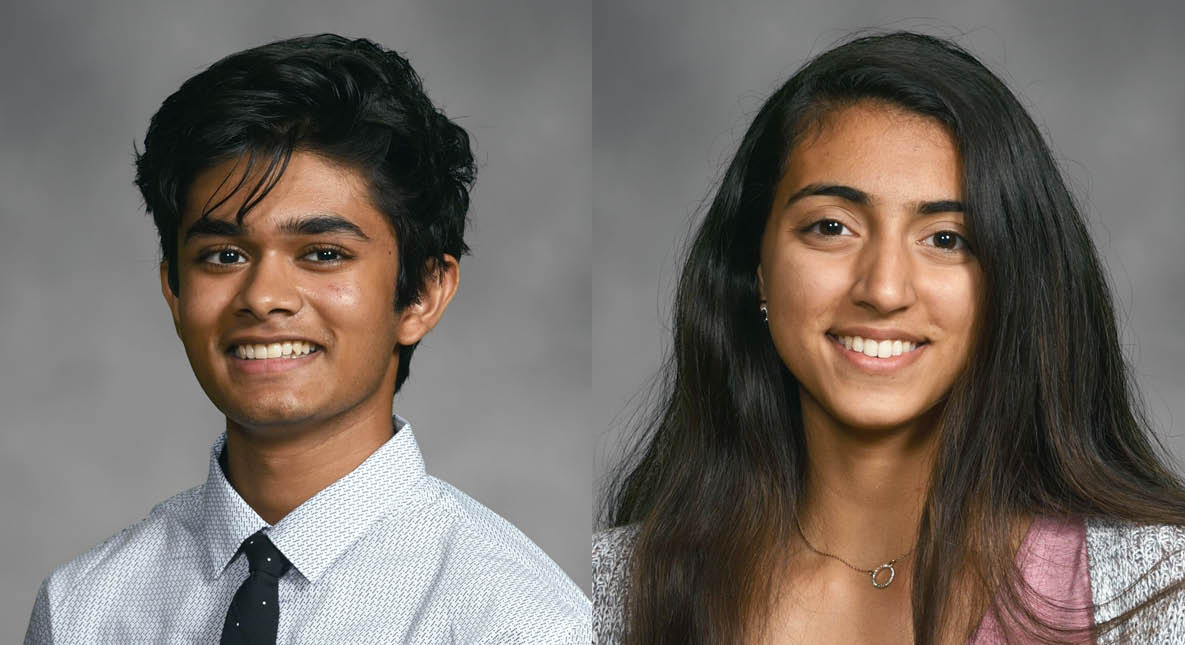 Deshmukh and Malhotra were among 161 high school seniors recognized for their accomplishments in academics, the arts, and career and technical education fields.

"It is my privilege to congratulate the Presidential Scholars Class of 2020 on their outstanding academic achievement, community service, and leadership," said Secretary DeVos. "These exemplary young people have excelled inside the classroom and out. And, while they are facing unprecedented challenges as they graduate from high school into a world that looks much different than it did just a few months ago, their determination, resilience, and commitment to excellence will serve them well as they pursue their next steps."

The White House Commission on Presidential Scholars selects scholars annually based on their academic success, artistic and technical excellence, essays, school evaluations, and transcripts, as well as evidence of community service, leadership, and demonstrated commitment to high ideals.

Of the 3.6 million students expected to graduate from high school this year, more than 5,300 candidates qualified for the 2020 awards determined by outstanding performance on the College Board SAT or ACT exams or through nominations made by Chief State School Officers, other partner recognition organizations and the National YoungArts Foundation's nationwide YoungArts™ competition.

As directed by executive order of the President, the 2020 U.S. Presidential Scholars are comprised of one young man and one young woman from each state, the District of Columbia and Puerto Rico, and U.S. families living abroad, as well as 15 chosen at-large, 20 scholars in the arts and 20 scholars in career and technical education.

Created in 1964, the U.S. Presidential Scholars Program has honored over 7,600 of the nation's top-performing students. The program was expanded in 1979 to recognize students who demonstrate exceptional talent in the visual, literary and performing arts. In 2015, the program was again extended to recognize students who demonstrate ability and accomplishment in career and technical education fields.

The Presidential Scholars Class of 2020 will be recognized for their outstanding achievement this summer as public health circumstances permit.

A complete list of 2020 U.S. Presidential Scholars follows and is also available at http://www.ed.gov/psp.

Read more from the U.S. Department of Education's original article

A Toolkit for Teenagers: How to Help Those Struggling with Opioid Use