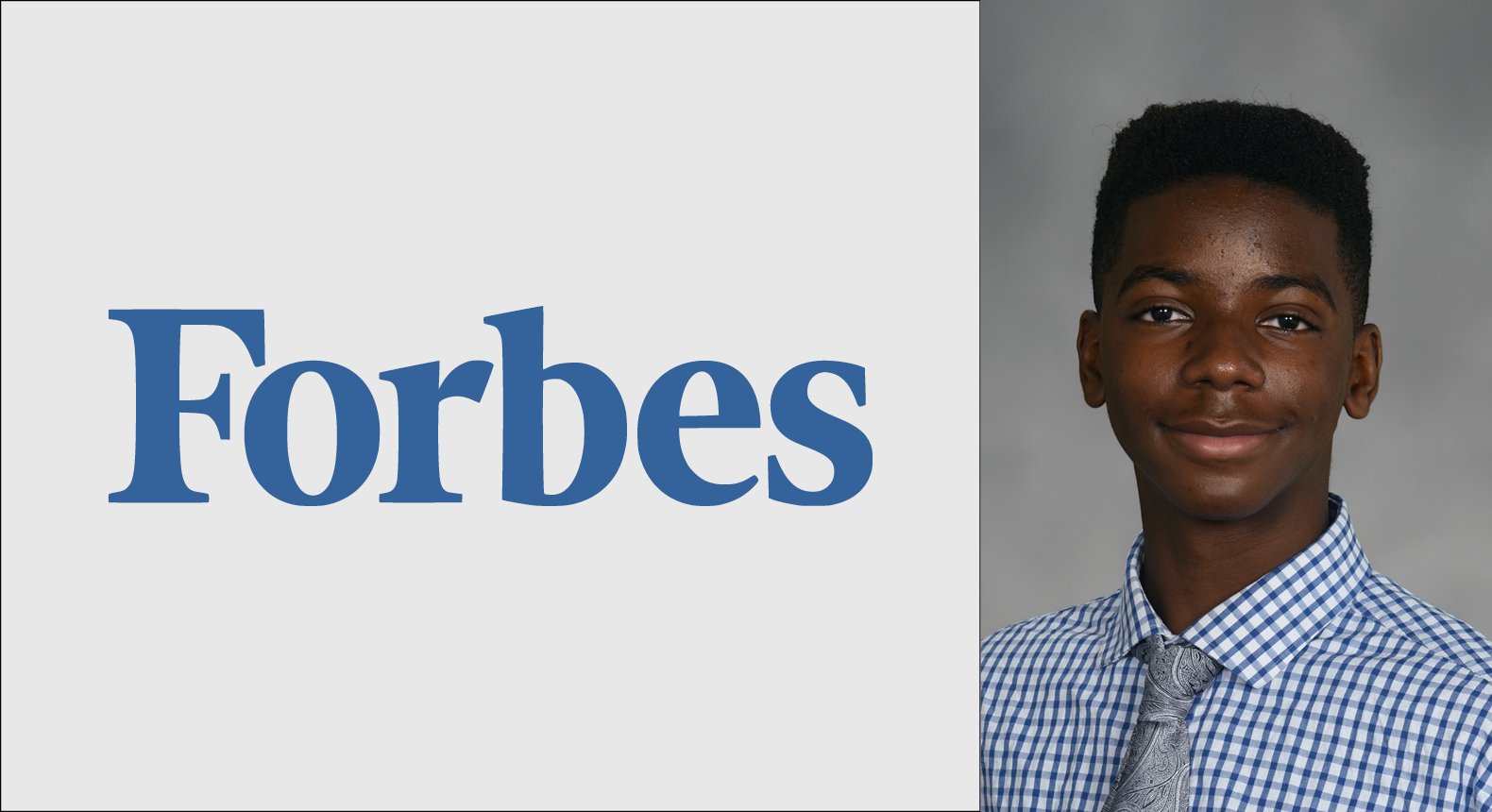 Forbes featured Okezue Bell '23 in "Equipping Youth To Change The World," a round-up of teenagers changing the world through technology.

Below is an edited excerpt from the article. In the original, Bell is described as assisting in the development of the Respiray app when, in fact, he developed it on his own.

Okezue Bell is a 14-year-old podcast host and app designer. He developed Respiray, an app that can detect respiratory diseases through X-Ray image detection, and won the PA Congressional App Award, and was commended by Congresswoman Susan Wild, and co-developed the dApp Dignosys V2, an app which he manages with teammates to determine cardiovascular disease based on patient data and offer decentralized doctor-patient communication.

To keep up with Okezue Bell's latest news and projects, read more on the Comenius Corner and follow him on Medium.