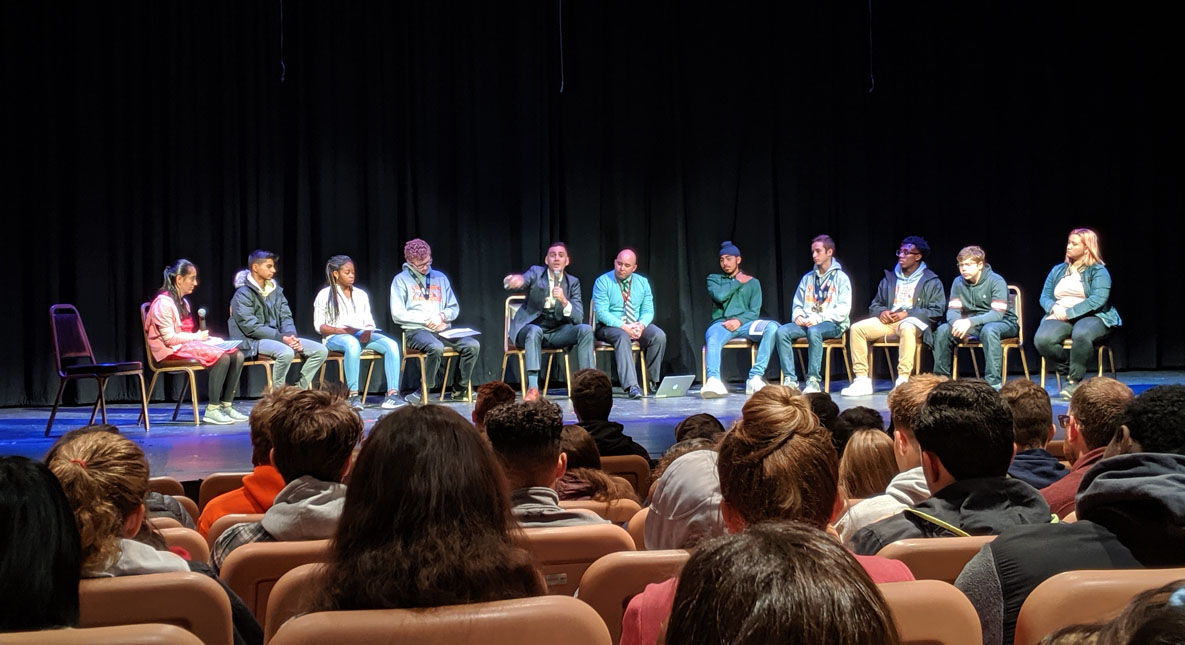 On Monday, November 18th, the Moravian community received a special visit from Craig Considine, Ph.D., a Lecturer in the Sociology Department at Rice University in Houston, TX. Flanked by nine students representing the classes of 2020-2023, Dr. Considine engaged in a vivid dialogue revolving around issues of Muslim-Christian relations in front of the fully gathered Upper School.

Dr. Considine’s visit began earlier in the morning with a seminar-style discussion in Mr. Gutgold’s F-period World History I class. Students were able to engage with Dr. Considine on a variety of topics, including current media depictions of Muslims and broader historical perspectives about Muslim-Christian relations in America and elsewhere. Joined by Suleyman Eris, Moravian parent and President of the Respect Graduate School for Islamic Studies, Dr. Considine encouraged all students to think critically about the images of Muslims presented to them in American media. They also challenged students to move beyond the premise of tolerance for others towards a deeper sense of genuine engagement with them. 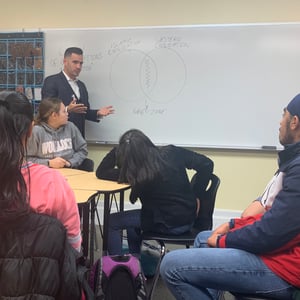 Dr. Considine made a special effort, both during this smaller seminar and in the full-school meeting, to stress the need not only for “safe spaces” to discuss challenges facing students today, but also for “brave spaces” in which students can more genuinely engage with those whose views may differ from their own. Growing up an Irish-Italian, basketball-playing, Roman Catholic Patriots fan in Needham, Massachusetts, Craig began attending American University in D.C. only a few years after the terrorist attacks of 9/11/2011, initially intending to find work after college in the intelligence industry. But his plans changed when he met the influential professor of Islamic Studies, Akbar Ahmed, who revealed to Craig “how the mind and the heart are fragile things” and warned him of the dangers of “taking the bait” in regard to the pejorative stereotypes often spread in our culture about Muslims. Even after completing his Ph.D. at Trinity College in Dublin, Ireland, a country with a deep cultural attachment to Catholicism, Dr. Considine insists that his time spent with Muslims has “made [him] into a better Christian.”

After a brief introduction and opening remarks from Dr. Considine, Monday’s on-stage dialogue began with a question from Clara Floyd ‘20, who asked about the problem of “hate and violence among people of various religions.” Dr. Considine’s response reflected his ongoing commitment to the tenets of religious pluralism, which he defines in his text Islam in America as “the energetic pursuit of religious diversity.”

Following Clara’s question, Dr. Considine fielded a series of inquiries about the role of religion in modern society (Anjali Shankar ‘23) and the impact of that society on people from various faith traditions (Mikail Jaffer ‘22). Avi Singh '20 asked pointedly about “the “hostility towards Islam that is observed in non-Abrahamic religions,” referring specifically to conflicts between Hindu and Muslim communities in India. Similarly, Dale Berkove ‘21 invoked the international dimensions of this topic in asking about “the ongoing conflict in Israel between Jewish Israelis and Palestinians.” Dr. Considine addressed each question in turn, reinforcing the message that such conflicts, while crucial to address, make up only part of the story of Islam, the followers of which make up approximately ⅕ of the world’s population. The thrust of Dr. Considine’s comments intended not only to relieve tensions between Islam and Christianity, but also to reinforce faith and trust in our brothers and sisters in humanity.

The remaining student participants steered the discussion back to more domestic issues as Favor Ufondu ‘22 asked about how “individuals [can] combat the fear generated by films, television programs, and media outlets that misrepresent people of the Islamic faith” in American culture, especially since 9/11. Ethan Buck ‘20 asked poignantly about how “those of us who are neither Christian nor Muslim [may] participate in this dialogue,” and Julius Ewungkem ‘20 focused on the role “schools should play in the topic of religion.” Finally, Nabeel Rifai ‘23 ended the dialogue with a question about how increasing enrollment of Muslims in Catholic colleges and universities is affecting “relations between the two religions,” to which Dr. Considine responded with confidence that such signs are to be celebrated along the path to religious pluralism.

Monday’s special dialogue served as yet another example of the various ways Moravian Academy strives to provide real-world connections for all students. No matter one’s religious background, we remain a community of learners eager to further our knowledge and hopeful about exercising the wisdom necessary to make the most of what we learn. 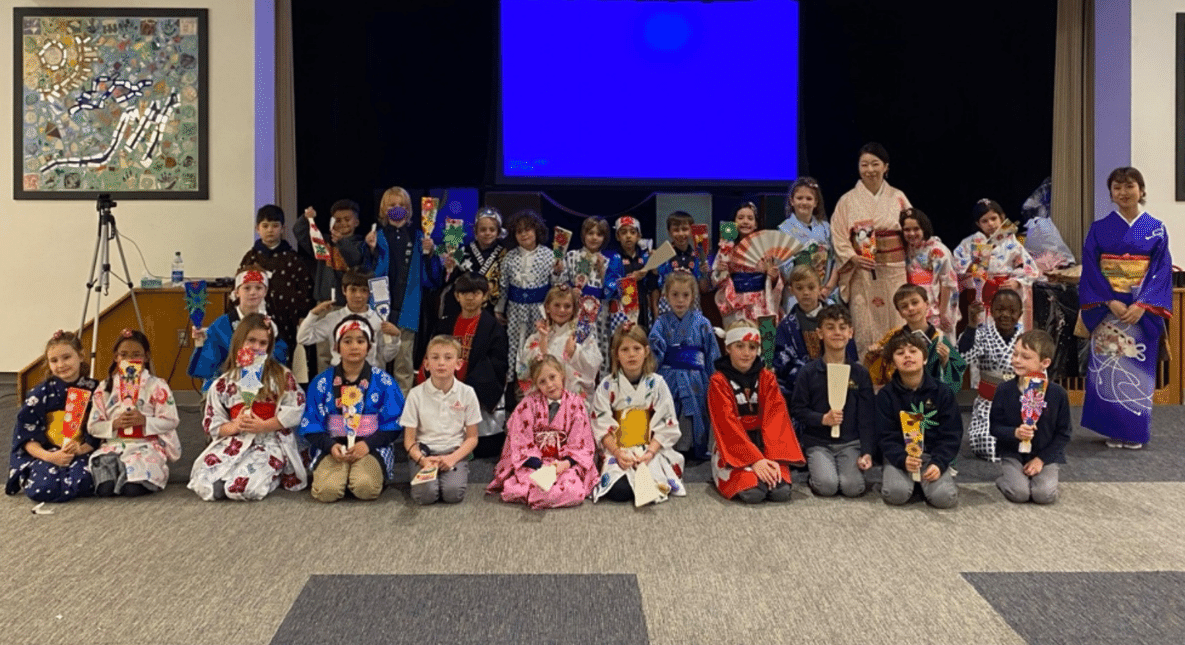 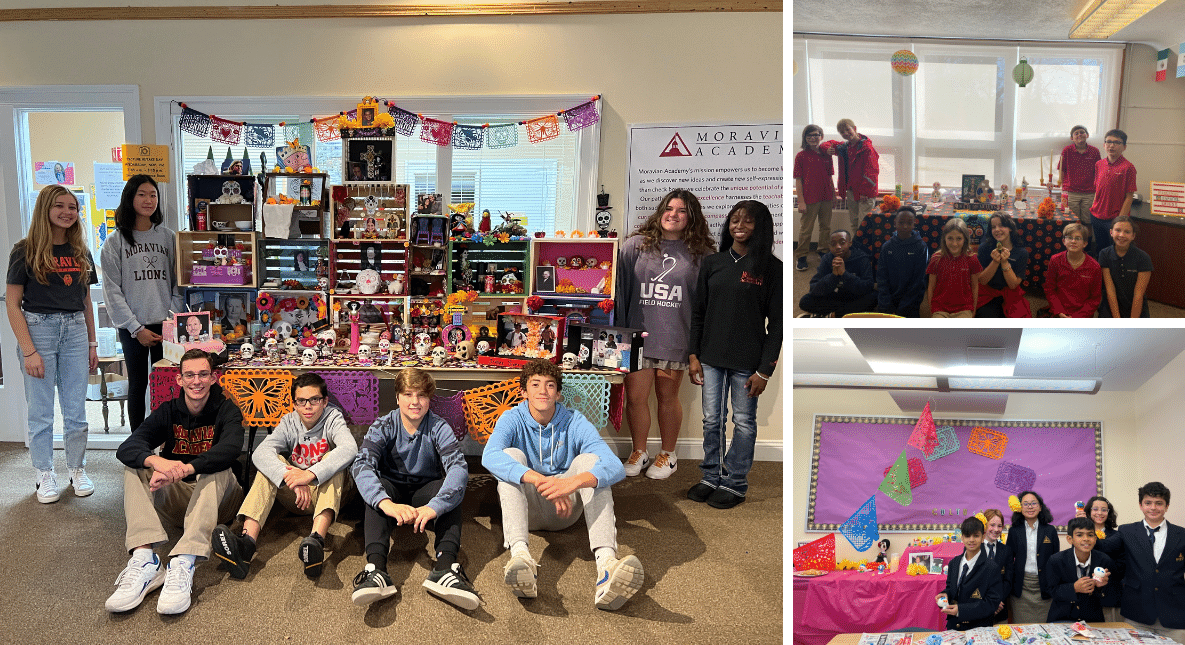 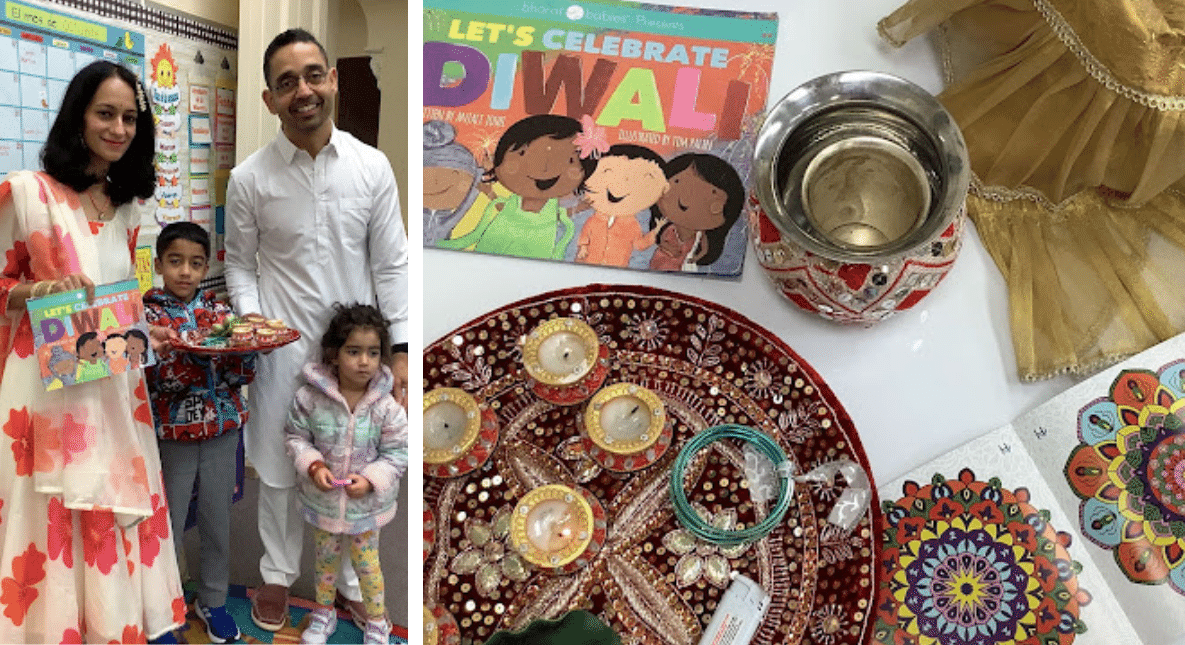