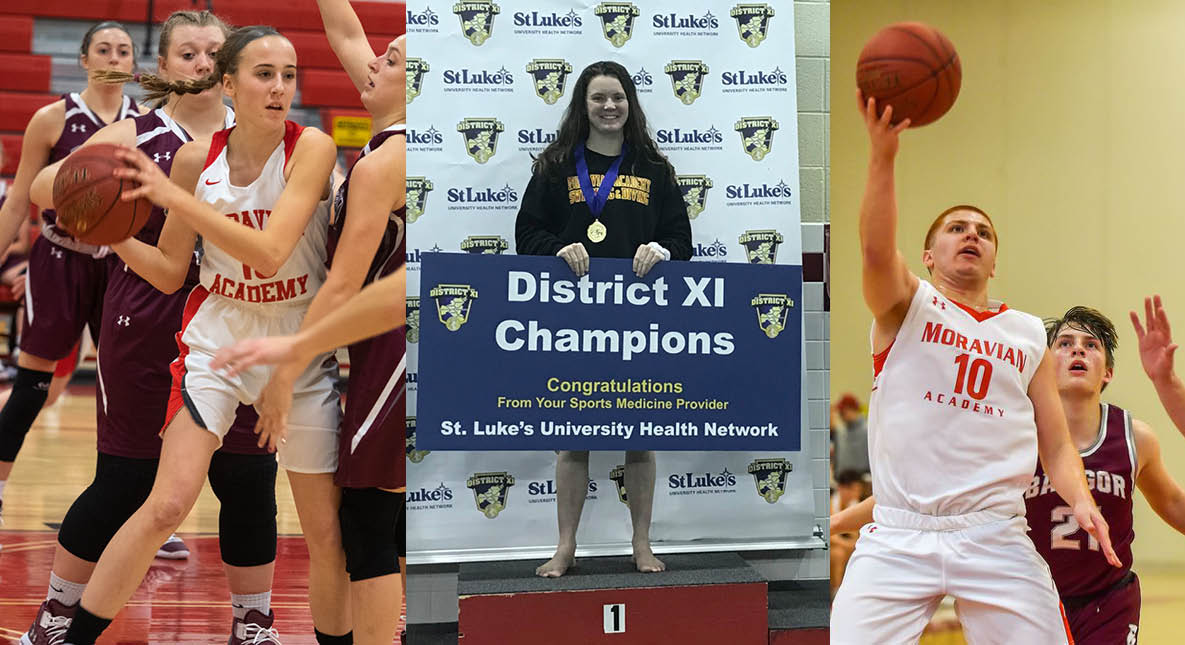 It has been an excellent start for our winter athletic programs.

The boys and girls swim teams started us off in impressive fashions as the boys’ team defeated Salisbury by a score of 123-34 and the girls also won by a 117-53 margin.  Both teams followed their victories with another win against Schuylkill Haven. They will look to build on these good performances as they travel to Tamaqua on Saturday. Congratulations goes to McKayla Blazure as she was selected as the Coordinated Health Athlete of the Week!

The boys and girls basketball teams competed in the John Donmoyer Memorial Classic last weekend and both came of away with two victories.  The boys defeated Lincoln Leadership Academy and Pen Argyl. The girls won vs. Wilson and Pen Argyl. The girls continued their hot start with midweek victories against Northern Lehigh and Palisades.  The girls’ team record now stands at 4-0. The boys’ team finished the week 1-1 as they lost their first game of the season on the road to Palisades. The boys’ team is currently 3-1.