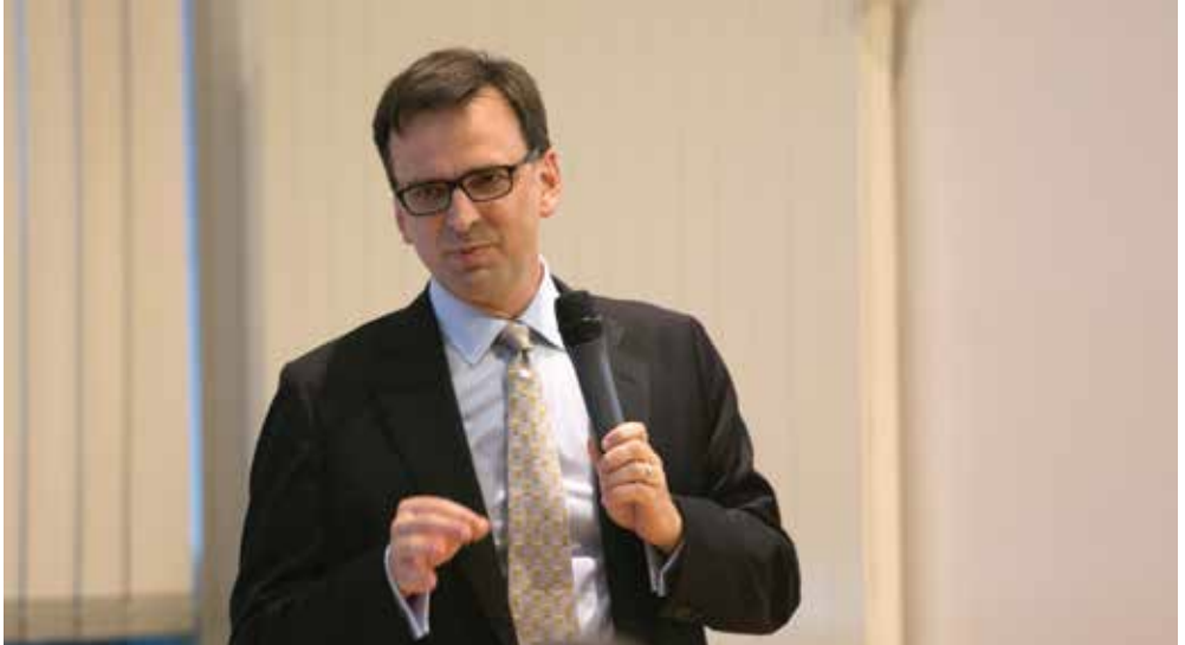 Joseph (Joe) Fuisz ’88 believes that the most useful life lesson came from his dad: to get one important thing done each day. He says, “Many times, I am not seeing how a project will advance. Even when you don’t see the ultimate path, you need to keep moving forward each day.”

After graduating from Yale University and Columbia University Law School, Joe began a career in law, but subsequently moved on to medical patents, a field his father Richard had been in for a number of years. Today, Joe is an entrepreneur, developing products in a small business context for licensing or sale to large companies. He is also an inventor on approximately 40 issued patents in various fields. On any given day, one or more of these patents are used by over one million Americans that have a prescription for drug products.

The founder and owner of Fuisz Pharma LLC, Joe’s work focuses on innovation in the drug delivery sector, or alternate forms of delivering known drug molecules. Examples include a dissolving film to deliver a drug instead of a tablet, or developing an intranasal version of a drug that is currently only injectable. Joe is also the named inventor of the formulation of the drug, Suboxone, a drug used to treat addiction, acute pain, and chronic pain.

“Perseverance is necessary because all innovation is difficult,” said Joe. “Most people and organizations would like to do things today the same way they did them yesterday. So getting them to try to do things differently is inherently challenging. Developing a meaningful value proposition, and then getting it implemented is an exercise in perseverance.”

When asked about the importance of embracing set-backs and change, Joe shared one of former Headmaster David Devey’s mantras. “Mr. Devey was fond of saying that it wasn’t a question of whether you would have challenges in life, but rather a question of how you would deal with them. I know as a youngster, I didn’t appreciate the fullness of that idea, but through repetition, the words stuck. When the world knocks you down, focus on the getting up part, and do it with dignity and integrity.”

“I never feel far from my education at Moravian, and I think I learned the most from the teachers that really challenged me. In particular, I recall Mrs. Miriam Pope, who forced me to be disciplined in mathematics. I also remember Mr. Thomas Bross, who taught me to be prepared to listen to an answer you may not want to hear when you ask the question. I often think about him when I ask company insiders for their appraisal on a novel approach to something, and to listen before advocating for the new approach.

This article originally appeared in the 2019 Moravian Academy Fall Journal.

1742 Minutes Gathered Support All Around