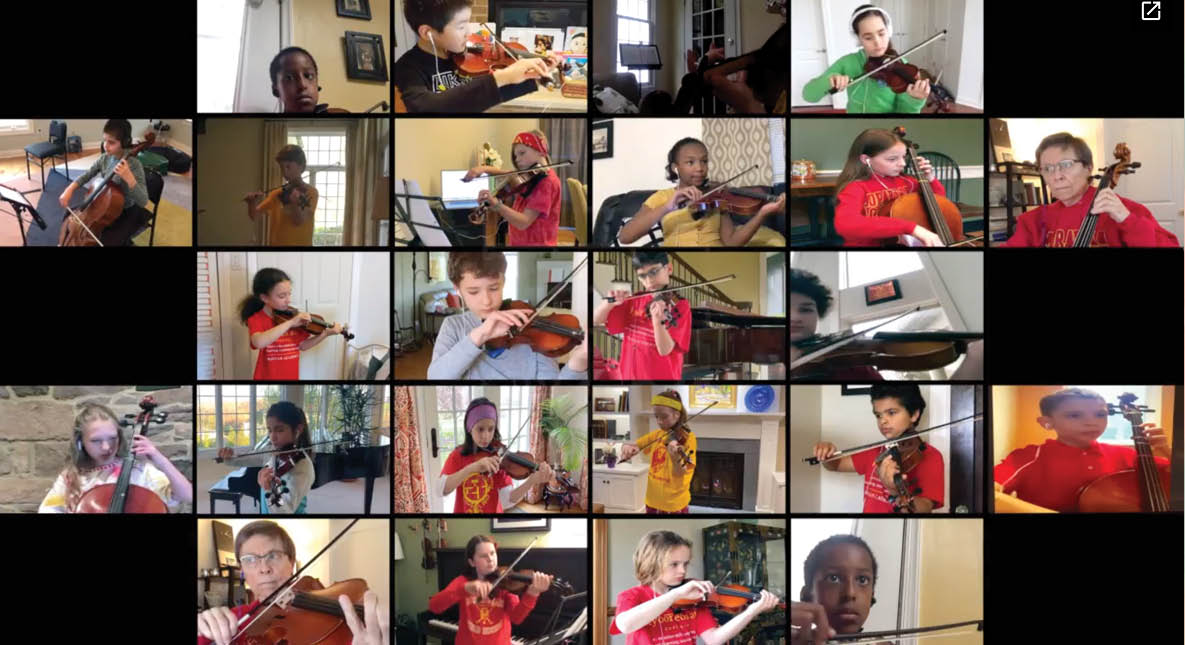 The Lower School launched a virtual string concert made up of more than 90 videos on May 13th.

Students in kindergarten through third grade performed solos and duos accompanied by their parents and siblings. Fourth and fifth grade orchestra students performed in a synchronized virtual orchestra.

The concert was originally scheduled as a group ensemble performance at Foy Hall, Moravian College on May 13th. However, students had to adjust quickly to a new format for the virtual concert.

For many of the younger students, this was their first experience performing a solo. Yet in just a few weeks, they learned their pieces and had the poise needed to perform for the camera.

Thank you to the parents for the work that took place behind the scenes, and to those parents who were in front of the camera as well.

Kudos to the orchestra students for the skills they developed making the Burst orchestral video. Students played along with a SmartMusic soundtrack recording while wearing headphones or earbuds. They played as precisely as possible with the soundtrack in order for the videos to be synchronized. This is the same technique used by professional musicians in recording studios. The end result was impressive.

There were also five teachers involved with the making of the concert.  Señor Yerrington developed the beautiful website, Mr. Wallace created the Burst video, Mrs. Polefka launched the concert website, and of course Ms. Morrison and Mrs. Wetzel prepared the string students. during virtual lessons . This was truly a collaborative effort involving students, parents, and teachers.

Thank you to everyone who made this possible.

Music to my ears!