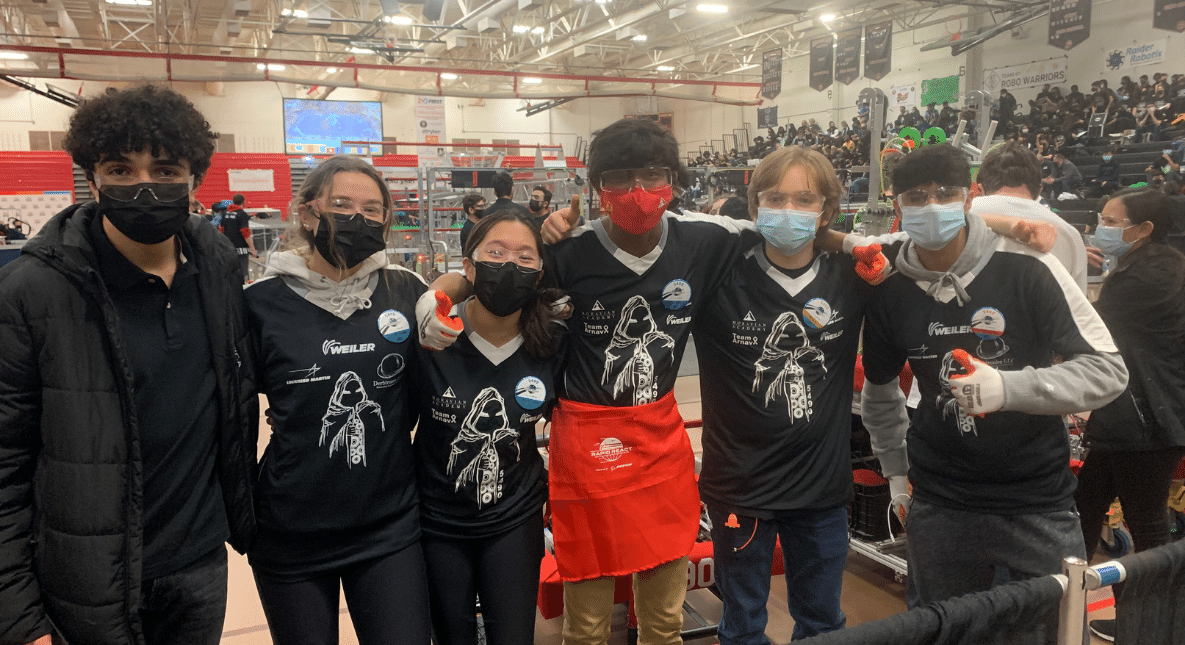 The Moravian Academy Robotics Team “The Dark Byte” had a record breaking season qualifying for playoffs in both their district competitions.

Each year FIRST Robotics creates a new game that the robots have to play. It is revealed at the beginning of January and teams have about two months to design, prototype, build, and program a robot to perform various tasks as set forth by the game manual for each year's competition. This year’s competition is entitled RAPID REACT, where two competing alliances (teams of three robots) process cargo (oversized tennis balls) for transportation.

FIRST Robotics events consist of three parts: Qualification matches, Alliance Selection, and the Playoff Tournament. On Friday evening teams have time to set up a pit area, get their robot inspected, meet other teams, and play practice matches. All day Saturday and on Sunday morning teams play the Rapid React game twelve times with a different set of partners and opponents each match. During these qualification matches, teams are ranked based on a variety of factors, including win-loss ratio and total points scored. At the end of the qualification matches, The Dark Byte (Team 5490) was ranked 14th out of 36 teams at our first competition and 8th out of 37 teams at our second competition. The top eight teams are then announced and become alliance captains for the alliance selection process. Using a snake draft, each alliance captain picks two other teams to join their alliance for the playoff tournament. The Dark Byte joined Alliance 8 in our first competition along with Team 2495 Hivemind and Team 3637 Hunterdon Central Robotics. At our second competition we joined Alliance 4 with Team 1168 Malvern Robotics and Team 2458 Team Chaos. The competition continues Sunday afternoon with a playoff bracket. At both of our competitions we lost in the quarterfinals, getting the farthest in a FIRST Robotics Competition in the team’s history. We are especially proud of winning one of our three quarter final matches at the second competition.

The FIRST Mid Atlantic District Championship will be held April 7th-9th at Lehigh University. Each team competes in two district competitions during the season and is ranked on overall performance. At the end of the five competition weekends The Dark Byte will find out if we are one of the 60 teams qualifying to compete at the Championship.

The Dark Byte would like to thank head coach Dr. Jeff Lawlis for his tireless dedication to the team, mentors Lara Cesco-Cancian, Rami Habib, and Michael Timpone for their time and expertise, Lockheed Martin for financial support, Team 118 The Robonauts for their Everybot design which was the main inspiration for our robot this year, and all Team 5490 alumni for helping make the team what it is.

Improv Elective 'Pops Up' in Classrooms 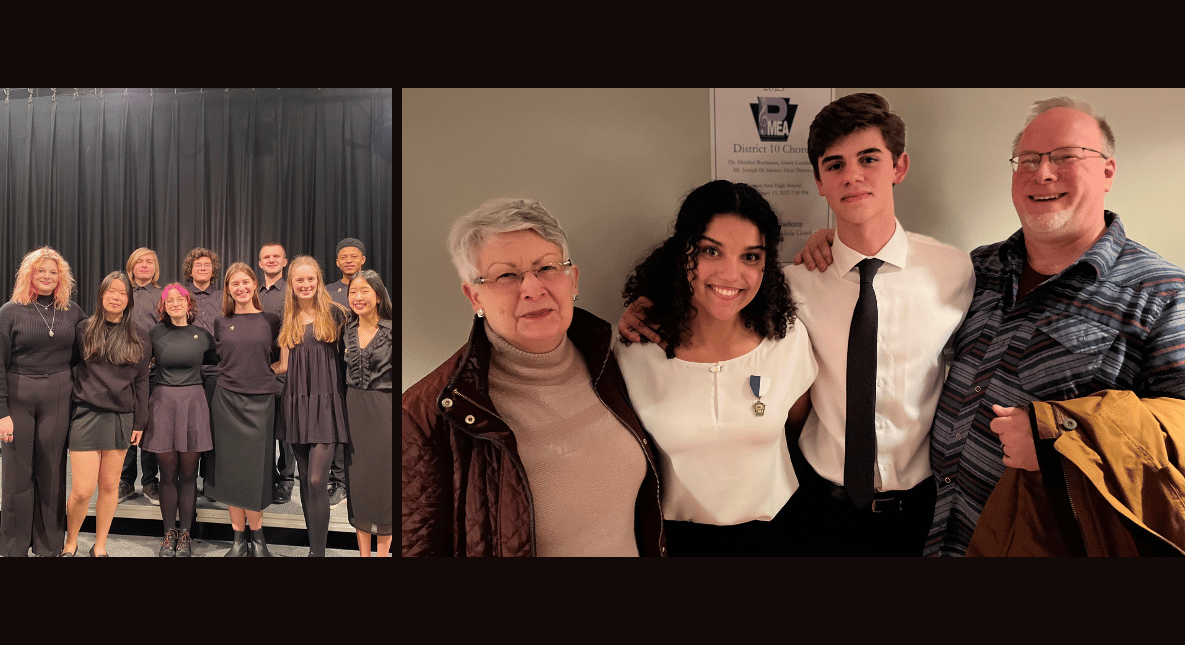