If you’ve ever enjoyed walking through the forests of Maine, in part, you have Henry Whittemore ’74 to thank.

For the past 40 years, Henry has worked to cultivate and advocate for sustainable forestry practices through his career in large-scale forest management. But before he could make his mark internationally, Henry had to discover his love of forestry and conservation, which he credits to an eighth-grade English essay he wrote while at Moravian Preparatory School.

Reflecting on his time at Moravian, Henry recalls, “The school created an environment in which individual learning styles were understood and supported. Especially important, I think for the 1970s, was the fact that Moravian was a community [and] consequently, no one (or very few) fell through the cracks.”

After graduating, Henry went on to earn his bachelor’s degree from Williams College and then put his idealism and sense of adventure to work in the United States Peace Corps, where he spent three years serving as an agro-forestry volunteer. “When I graduated from Williams College, I felt that I was fortunate in so many ways, one of which was the fact that I was not being called to war as my father had been in 1943. [When I arrived in Tonga,] I was the only westerner on the 2x2- mile island of Nomuka, and I became very much a part of the community there. The hardest part of my experience was leaving, but it was also a necessary piece of the term — to bring back to the USA some of the socio-cultural lessons learned in service overseas.”

Upon returning the states, Henry earned his Master of Forestry from Yale University and began his career in large-scale forest management with a focus on institutional timberland investment. Throughout the course of his career, Henry was able to continue his love of travel, working everywhere from New Zealand to Africa to South America.

Today, Henry protects both the health of Maine’s forests and its thriving forestry industry in his role as Executive Director of The Maine TREE (Timber Research and Environmental Education) Foundation. One of his favorite initiatives of the foundation is the “Forest Ecology Research Network (FERN),” which packages Maine TREE programs for schools, nonprofit organizations, and communities allowing them to share experiences across the state. FERN unites Maine TREE’s Forest Inventory Growth (FIG) citizen science program, experiential learning through the Project Learning Tree (PLT) curriculum, and Holt Research Forest’s ecological research into an overarching program that expands the organization’s reach across the state. The data collected through FERN’s citizen science program is used to identify trends in Maine’s forests throughout the state.

Henry’s current role also allows him to spend more time with his wife, Darcy, visit his two adult children, Kate and Sam, and take care of his numerous flocks of chickens, hives of honeybees, several dogs and cats, a horse or two, and an ever-bountiful vegetable garden.

Read this article and other content in the Spring 2020 Moravian Academy Journal. 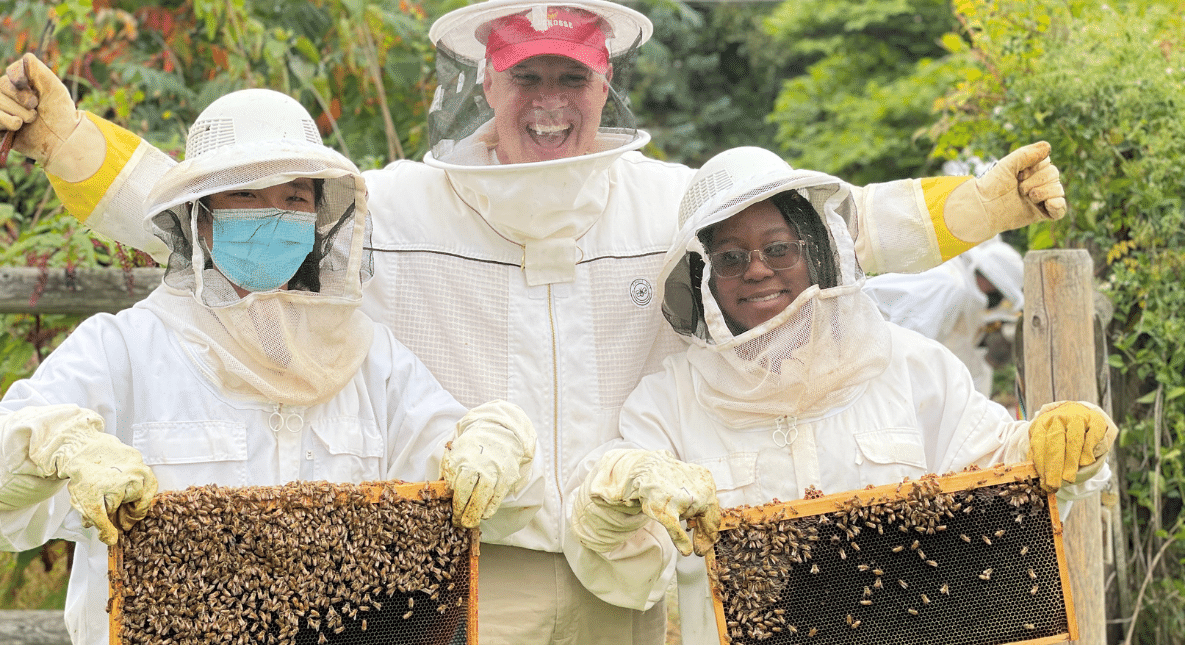 Ninth Grade Gets Up Close and Personal with Honey Bees