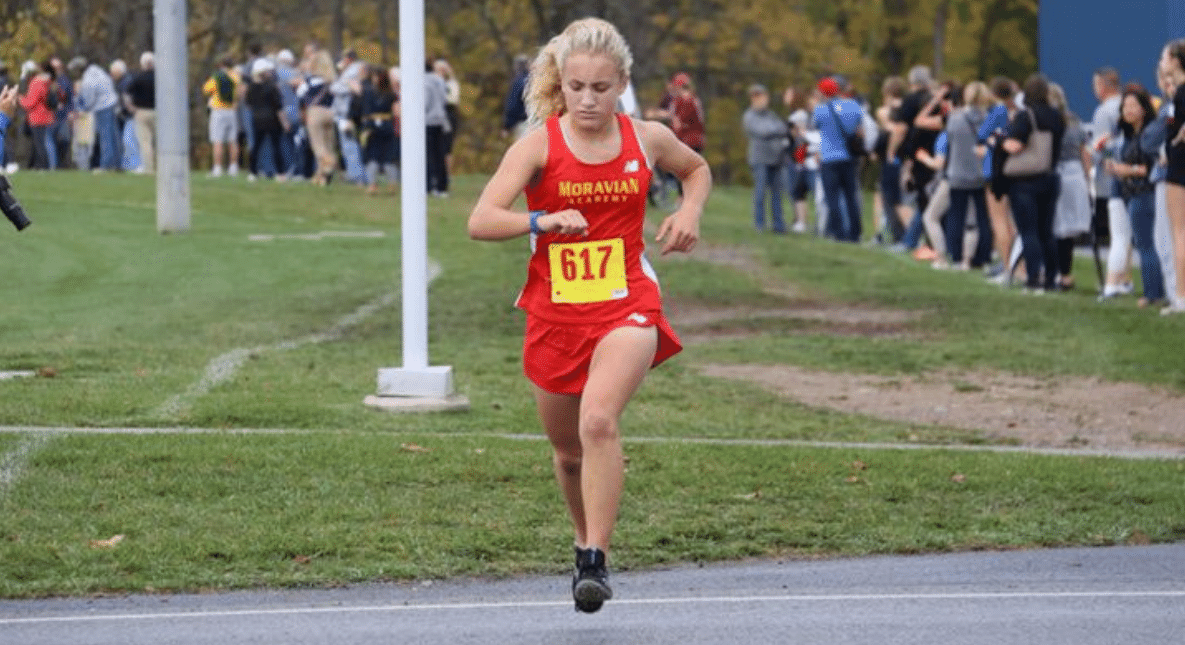 Lehighvalleylive.com and D11 sports were on the scene. Below is an excerpt from the article featuring Virginia, and you can watch her D11 interview in the video.

CHAMPIONSHIP WEDNESDAY: Here is an interview with your @PIAADistrictXI 1A Girls Champion Virginia Kraus of @MoravianAcademy who wins in an unofficial time of 18:50. pic.twitter.com/KmWLi5IQf5

Virginia Kraus has dominated almost every race she has been in this season, and the D-11 1A meet was no different.

The Moravian Academy freshman absolutely waffled the field Wednesday, winning in 18:51, the fastest time of any runner in any class on the day, to win her first district championship.

It may well not be her last.

“I wanted to beat my time I ran here last week (18:54 at the Colonial League meet), and I did that,” Kraus said. “When I ran in the (Centaur) Invitational here in September, I ran 18:45, and I was sort of hoping to beat that, but the conditions were not right for that today. The conditions were really tough, especially in the third mile, slipping down the hill. I really had to be careful. It was not worth getting injured today.

Kraus said she was pleased with her day, given everything.

“I think it was a better performance than last week,” she said. “I was able to fast for the first half of the race and that speeds up the whole race for me and helps me run faster.”

Now Kraus has her eyes set on the state meet. She enters states with the fastest 5K time of any girl in Class 1A by over a minute.

“The most important thing for me right now is to take an easy week – my legs need time to rest and recuperate,” Kraus said. “I think I will go down to 20-25 miles this week, instead of 35."

“I like the cold weather,” she said. “I like how cross country it keeps getting colder the entire season – in track, it gets more difficult because it gets hotter.”

Next, Virginia heads to the state competition. Let's go, Lions! 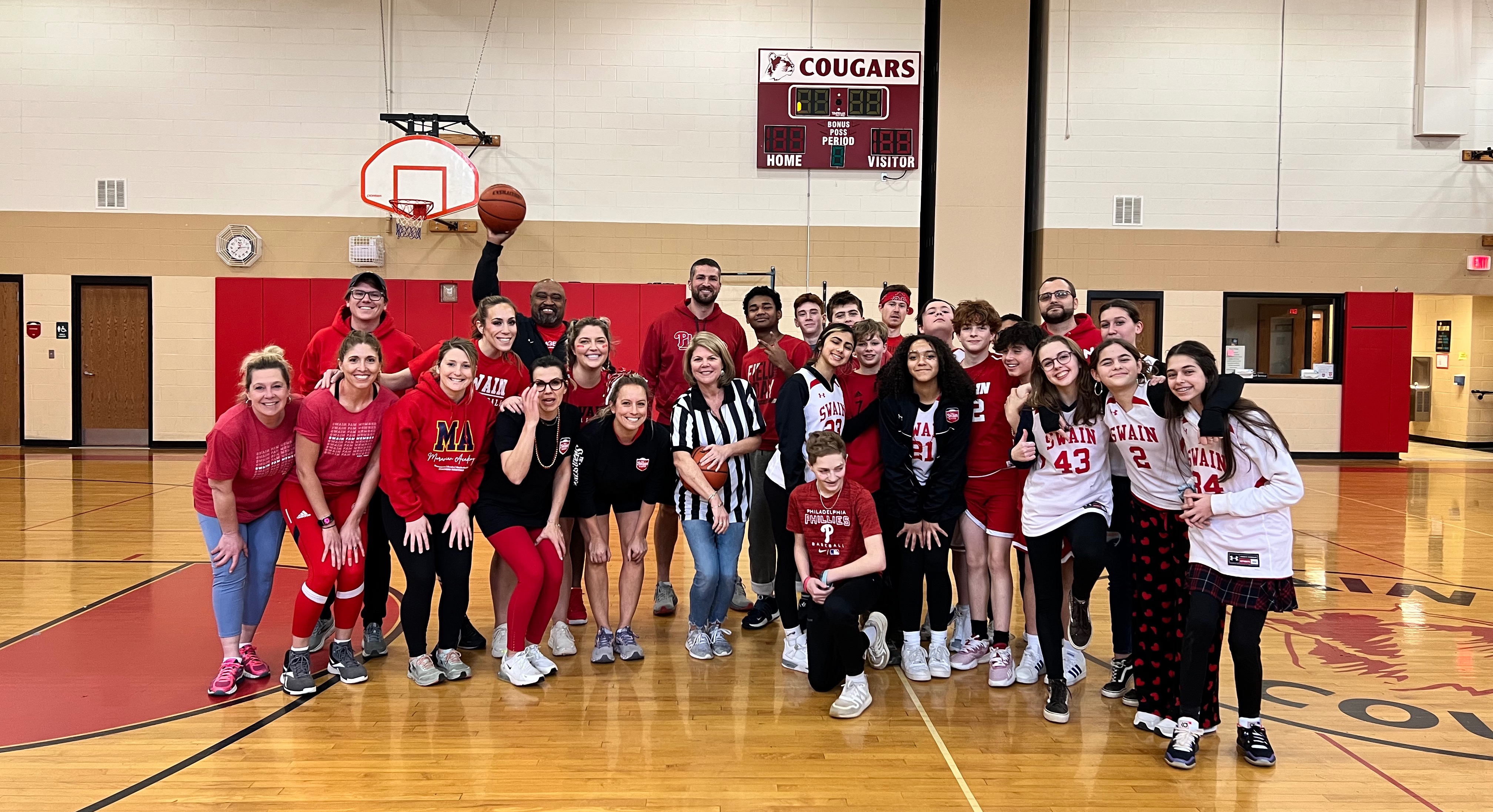 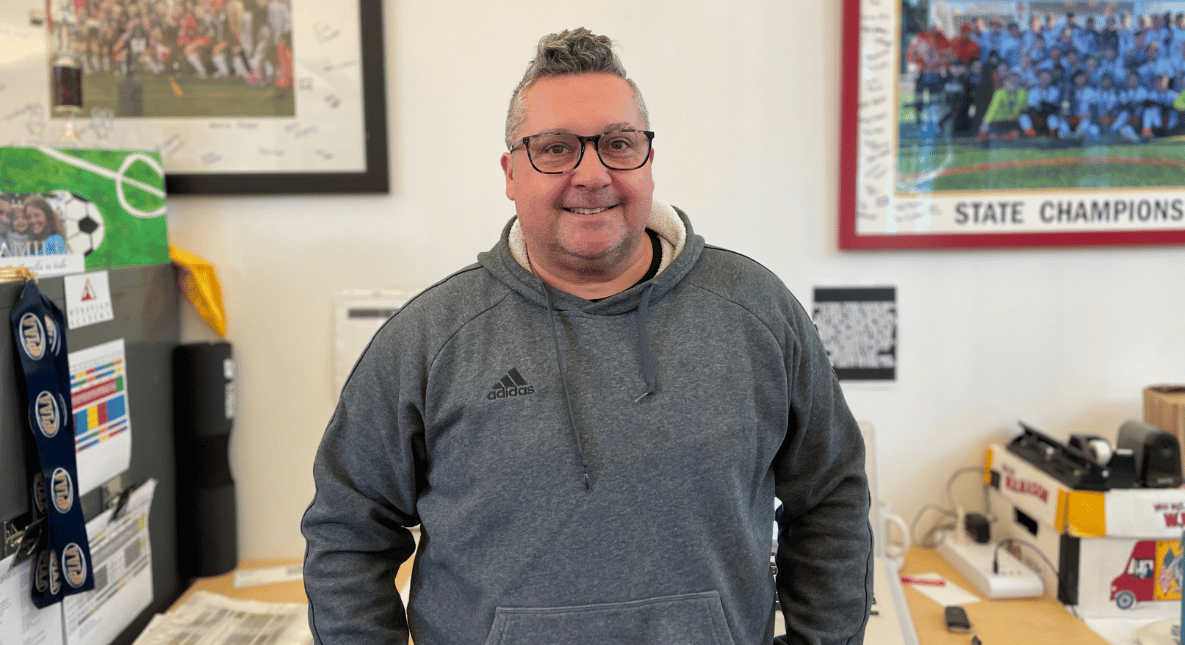 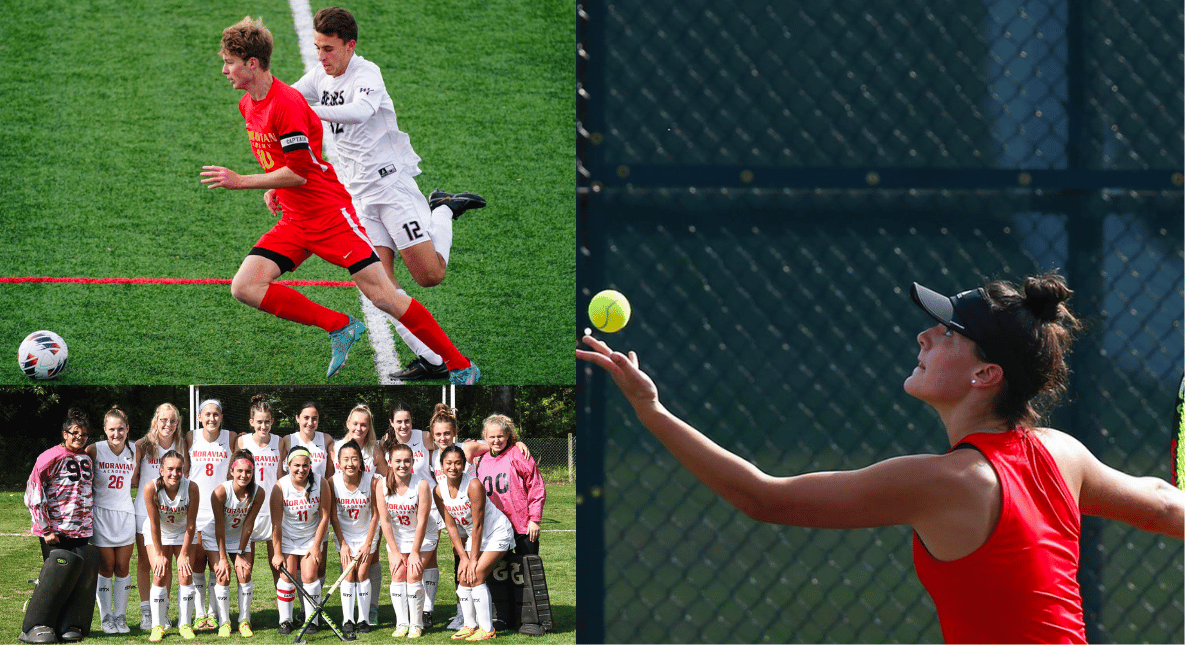